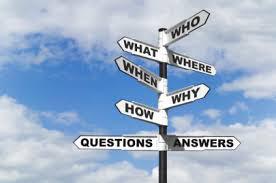 Sharon in the Media

Sharon has been written about in several newspapers, has been interviewed on a number of radio programs and her Knowledge Newsletters have been reprinted in e-zines and the magazines.

April 2015 -Sharon’s Cheney’s Knowledge Newsletters have been posted on the following blogs and websites:

November 2010 - Sharon Cheney was featured in an article written by Nicole Weber in the All Points North Online magazine regarding her teaching at the Crystal Caboose in Chazy, New York   http://apnmag.com/Fall_2010/Staff%20Stories%20HERE/NWEBE/Weber_Caboose.php

October 13, 2007 - Sharon was featured in an article written by Danielle Murray in The Montreal Gazette.

October 18, 2005 - Sharon was featured in an article on "The Stress of Being" written by Stephanie Whitaker in the Montreal Gazette Newspaper.

August 9, 2003 - Sharon was featured in the article titled "Mrs. Ouija" written by Chris Barry in the Montreal Mirror. The link to this article is no longer available as the Montreal mirror closed in 2012.

December 2011 - her March 2011 Knowledge Newsletter on Judgment and Justice was reprinted in the December 2011 Christmas edition of the Creative Essence - A Community Connection, 2011 Four Season Annual  Magazine Edition

October 2005 - Sharon provided her expertise on ghosts and other spiritual phenomena in the film created by PBS called "Haunting of The North Country", which was filmed in New York state.

Sharon on the Radio

March 31, 2014 - Sharon Cheney was the guest on the radio program Returning to Love - The Brilliance Within.  The interview was based on her upcoming book “Love is the Answer.”  The program discussed the power of love, the electromagnetic energy of the heart, the importance of self-love in manifesting our desires, the power love has on the world around us and the planet, staying in love when faced with conflict, trusting your intuition, indigo children, how more people are opening their hearts and making life changes, what new love relationships look like, how the shift and our intentions are changing the planet and much more. To access the archive http://www.blogtalkradio.com/inlight_radio/2014/03/31/the-brilliance-within–returning-to-love

December 14, 2009 - Sharon was a guest on The Metaphysical World and Beyond radio show with Nancy Wallace.

October 15, 2005 - Sharon was interviewed on the Fountain Hills Radio show KFHX/1620 "Everyday Matters" in Arizona which was hosted by Maria Perreault. To listen to the show, click on www.kfhx.com.